American School of the Hague and ISA

I have been traveling a lot this fall: three trips to California, three trips to North Carolina and one journey to the Netherlands.  My trips have raised some interesting questions that I would like to share with my readers over the next few weeks.

My first question is:

In early October I flew to the Netherlands to speak and consult at two international schools: The American School of the Hague and the International School of Amsterdam.  In both schools I spoke in assemblies to every student from 4th through 12th grades; I also addressed parents and teachers on a wide variety of topics.  Because I had given my “Best Friends/Worst Enemies” talk to the then fifth and sixth graders at ISA two years ago, I was not going to reprise that topic with them as present-day seventh and eighth graders.  Instead, I conducted the assembly based on my book The Pressured Child, asking the students about their sleep, their stress levels and their expectations for stress in the future.  With the juniors and seniors at both schools I also asked questions about their sleep, the stress of college admissions, the demands of the IB and parental expectations.  While my conversations hardly qualified as research, certainly not empirical research—I did not record any data—the conversations made me think about student stress or, in the case of the schools in Holland, the relative lack of stress in comparison to other international schools.

In short, the students at ASH and ISA are palpably less stressed compared with students at other international schools I have visited and the independent schools in the U.S. where I consult   Would it surprise anyone to hear that Amsterdam is a lower-stress place than an independent school in Los Angeles or New York or Beijinjg or Shanghai?  Probably not.  What is interesting, however, is that the stress level is lower even though most of them are doing academic work which is equally demanding, namely the IB diploma.

The 7th and 8th graders at ISA weren’t getting as much sleep as I’d like to see.  Two girls had had less than four hours of sleep on a Wednesday night.  However, the average sleep amounts were higher than I would have encountered in  a U.S. independent school.

No doubt the stress levels at ASH and ISA, will go up in during the diploma years.  The seventh and eighth graders were expecting to be stressed-out and sleep-deprived in their last two years of high school.  However, talking with the seniors in an assembly, I found them far less anxious about getting into college than I remembered from Zurich, Miami or Bangkok.  Every day, a full four hundred students bicycle to the American School of the Hague, as do many of their teachers.  They arrive at school having exercised, having been separate from their parents (no anxious conversations in the car about homework either done or not done) and having experienced the meditation of biking alongside the Dutch, everyone feeling safe, no one wearing helmets, on bike paths almost completely separate from  cars.  It is hard not to envy the Dutch way of life and to want to share in it. 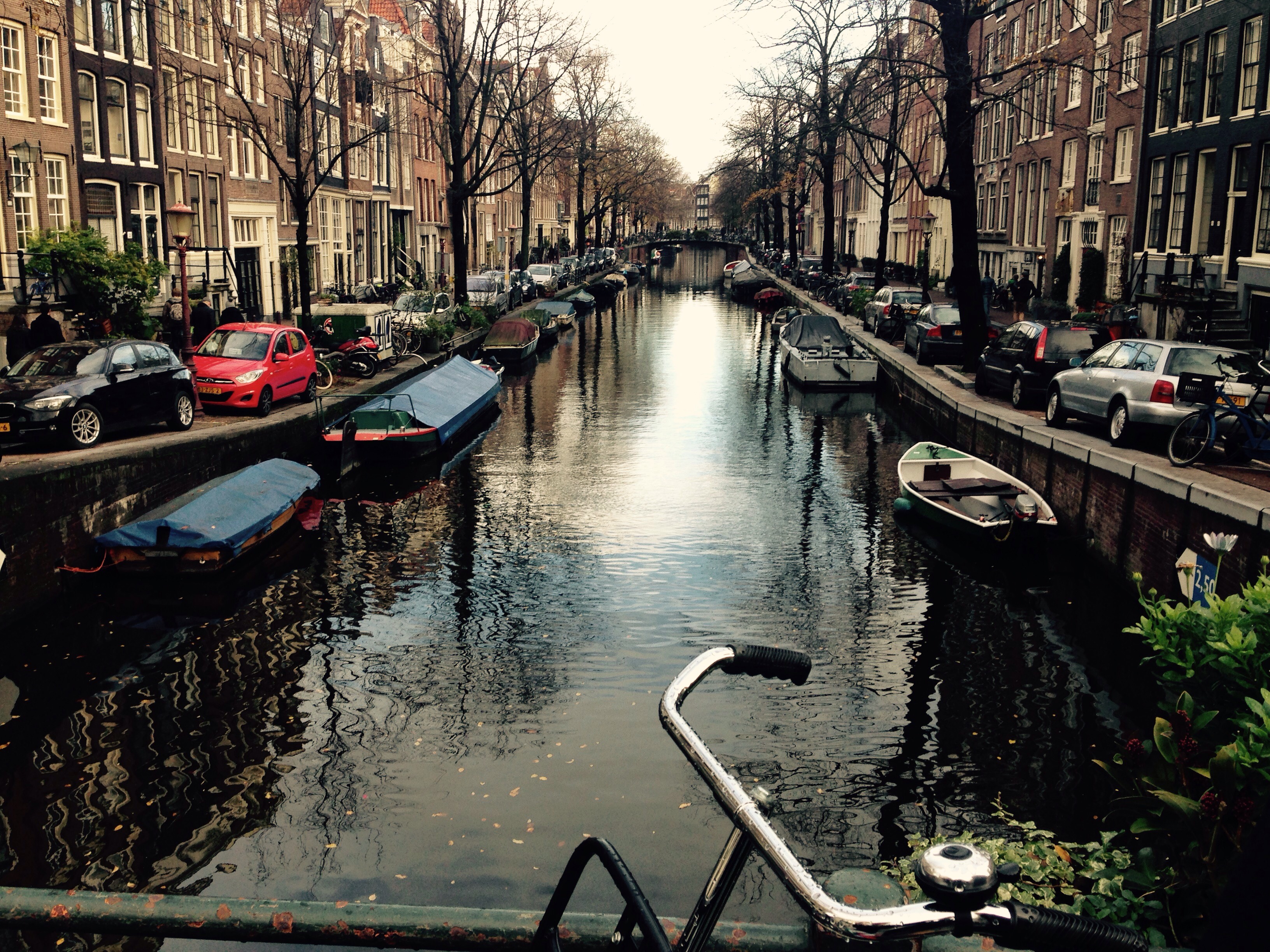 ← Visit to the Ontario Camp Association conference in Toronto
Workshop for School Administrators in Honolulu, Hawaii →