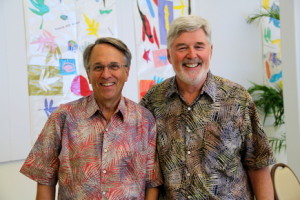 In late July, Rob Evans and I traveled to the Punahou School in Honolulu to run a workshop for school administrators from all over Hawaii along with a couple from the West Coast. Because of Punahou’s annual Student Leadership conference was underway at the same time, Ruth Fletcher, the director of professional development for Punahou, invited their chaperones, all educators from India, China and Japan, to join our workshop. It was a challenge for us to make our examples of administrative problems from U.S. independent schools relevant for, say, a public school principal from Japan, but in the end the realities of school administration, the developmental stages of students and the nature of teachers allowed us to find common ground.

Rob and I have been presenting together for seven years now and we have developed a number of Click-and-Clack routines (Michael the earnest optimist, Rob the skeptical pessimist; Rob the responsible clinic administrator, Michael the author who ignores schedules and details) with which we have a lot of fun. Indeed, we find ourselves so entertaining we sometimes worry that we’re not checking on whether our audience is equally entranced. 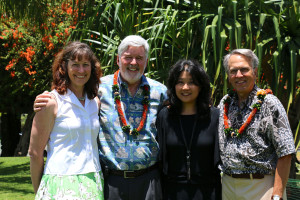 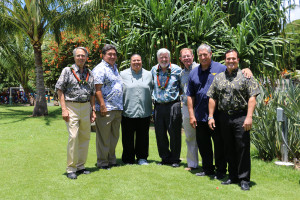 ← American School of the Hague and ISA
Visit to Chautauqua →