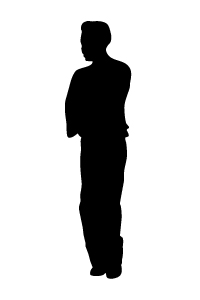 Young “Man of the House” needs clarification, not demotion

I’ve been divorced for some time and my son has gotten used to being the "man of the house" since I’ve shared a lot of my decision-making with him about my work and where we live, etc. As he’s gotten older, lately I’m beginning to think I’ve lost some authority as a parent and I need to establish that again. How can I take charge without making him feel demoted?

When a boy is the only "man in the house" he is almost certainly going to be mature for his age in comparison to other boys of the same age and, as a result, he is going to be a bit more demanding of respect. As long as he is not obnoxious about wanting his maturity seen you can freely acknowledge that he is pretty grown up. It is hard to see how it could be different in your house because, as you say, he is your confidante and partner in many things. I don’t know if you have younger children, but in situations with a single mom and an oldest boy, he often gets to share in the parenting duties, and that makes him like-what else?-a parent and a peer to his mother. When I visited South Africa I met a lot of boys and girls whose parents had died of AIDS. They were raising their younger siblings at age twelve and thirteen. Young children can take huge responsibilities if they have to.

You didn’t mention your son’s age. It doesn’t matter, because the fact that remains that he is still a kid precisely because he has a mother at home, an adult to watch out for him. And because there is a grown-up there he doesn’t have to make some decisions. It would be helpful to him if you would make it clear in advance that there are two categories of decisions: ones that are going to be yours alone and ones are going to be joint decisions. Simply say, "Honey, though it may be confusing at times, there are decisions which an adult should make and others which a mom and son can make together. If we are going to move to a new house or take a new job, I need your advice because we’re sharing a life, but when it comes to the usual kid stuff like curfew, homework, sleepovers, I need to make the decisions, because that’s what all parents do, and even though I rely on you as the "man of the house’ sometimes, and other times I just need to be a parent."

Tell him this in calm, quiet moments, not at the moment of decision-making. He’ll appreciate the advance warning and can adjust his reaction based on the kind of decision you tell him it is going to be.