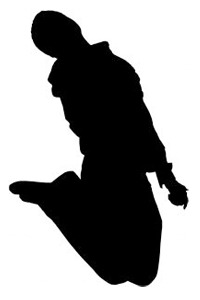 We have a typical three-year-old boy. He’s full of energy and doesn’t sit still long, especially when he’s expected to do so for things that don’t interest him. I don’t think he’s out of control or "bad," but he’s not perfect and sometimes it takes creative thinking to get him to listen or do what he is supposed to. Sometimes he’s perfectly fine, playing alone with his trains or cars, or watching a movie. He also plays very well with his sister.

However, his preschool teacher says he has an attention problem. At our recent conference she actually suggested there could be something wrong with him and I should speak to his pediatrician. She said he loses concentration at circle time, runs from station to station, doesn’t sit still at lunch, etc. She said if he doesn’t get it under control he’ll have problems in kindergarten and may fall behind. She must have noticed the look of shock on my face because she added that it could be the foods he’s eating that are giving him too much energy. His pediatrician says there doesn’t appear to be anything wrong with him, and it’s premature to diagnose him at this age. I believe the teacher feels overwhelmed because in her class of 20 there are 14 boys and she’s singling some out.

How can we tell the difference between "normal" boy behavior and a problem that needs attention? Is there a way to get him to listen better, especially since the schools now expect so much of these little kids and have no tolerance for even normal active behavior? And how should we respond to this teacher?

A little boy who loses concentration at circle time? That’s normal. A three-year-old who runs from station to station in preschool? That’s expected too. You ask if I have any suggestions about what to do so a three-year-old boy will listen better? I absolutely do. Wait until he’s five, or seven, or seventeen…or twenty-three. A short attention span is perfectly normal in a three-year-old boy. Boys of this age tend to be very physical; though their behavior varies according to temperament-not all boys are equally restless-most boys this age tend to be interested in anything and everything, and not for too long. So, I’m on the side of your pediatrician. It is much too early to diagnose your son. It is much too early to worry.

The worries of your son’s teacher seem odd to me because they don’t have a developmental perspective. She says that if he is still this way at five-and-a-half he’s going to have trouble in kindergarten. Well, of course. If you behave like a seventh-grader when you get to high school, you are going to get in trouble; and if you are as disorganized as a ninth-grade boy when you get to college you might flunk out. That’s obvious. But most of the time people grow up in the way they are supposed to grow up. Five-year-olds act in a much more mature way than three-year-olds because they are five. By kindergarten age a boy will have a longer attention span, will spend longer time at the different stations in the room, and he is likely to listen better than he did at three.

I agree with your judgment that your son’s teacher is either overwhelmed by the number of boys in her group, or she is simply intolerant of normal boy activity levels. By school age, three-quarters of the boys in any class are more physically active than the girls. Only one-quarter of boys are as calm as the girls. The teacher should be accustomed to that, and should have more confidence in boy development. If you can do it gently, it might be a help to her to say, "We checked with our pediatrician and she says our son is completely normal for his age, that it is way too early to diagnose him." Perhaps that will help the teacher to understand boys better, or at least make her hesitate to diagnose a boy and scare his parents.