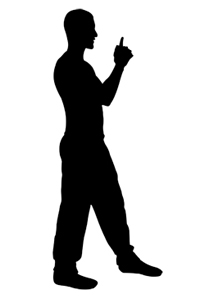 My husband came home with a gun-like toy for my 3-year-old son. I was outraged—especially when my son pointed the thing at me and said, "Mom, I’ve got a gun. I’m going to shoot you." I’d like to throw the toy away but my husband says that I’m overreacting.

This isn’t the first time our son has engaged in gunplay. These days everything—celery sticks, wooden spoons, paper towel rolls—shoots out bullets, fire, or hot lava. My son seems to be "hard-wired" with the XY chromosome that allows him to see a stick as an M60 machine gun. I can tolerate the pretend play, but not a toy gun. Am I overreacting?We all know that high school is extremely challenging on so many different levels and no adult would voluntarily choose to go back. So, why is it that we are so nostalgic for that time of our lives when we reach mid-life?

Thanks for writing me about the "outrage" you felt when your three-year-old son pointed a toy gun at you. Since you’ve asked directly, I’ll answer bluntly: yes, you’re overreacting. But you certainly aren’t the first mother to feel the way you do. I am often asked variations on this question by distressed moms. My favorite was the Quaker mother from Philadelphia, who told me that like any good Quaker she believed in peace and pacifism. Toy guns of any kind were completely banned from her house. Yet, one morning her son chewed his toast into the shape of a pistol and "shot" his brother with it.

Since the beginning of recorded time, little boys have enjoyed games in which they project their power into the world, and that means playing with "weapons." I have no doubt that "cave" boys pointed sticks at each other in threatening ways, or chucked rocks at one another, or imitated the spear-throwing actions of their fathers. Once guns were invented, boys were bound to imitate them. You have to admit, such play has its evolutionary purpose; they are practicing their hunting.

Yes, you object, but why do boys shoot their mothers? My answer is that a boy’s mother gets to see everything he is proud of or excited about; she is his first and best audience. But why does he shoot at you? Doesn’t he love you? Yes, of course he loves you, and doesn’t really want to hurt you. He’s playing and he is quite confident that his actions won’t really hurt you. After all, he knows that it isn’t a real gun. He just wants to see you react to his imagined power.

When I was on safari in Africa years ago I watched two lion cubs pounce repeatedly on their mother’s tail, which she flicked repeatedly in order to tempt them. She was part of the fun; part of the training process. What is the human equivalent of turning apparently aggressive play against you into something fun? I’ve never heard a suggestion better than one my colleague, Larry Cohen, Ph.D., wrote about in his book, "Playful Parenting". He suggests that if a child shoots you with a gun you say, "That’s a Love Gun and when you shoot me with it, I have to kiss you." When your son shoots you with his toy gun, you jump up and chase him until you can grab him and kiss him. Do that a bunch of times and I assure you, the game will be transformed for you. You will begin to see it as play that you enjoy. Remember the 60’s motto: "Make Love, Not War."

What I want to guarantee you is that there is no relationship between childhood make-believe gun play and actual adult violence. You don’t stop adult violence by banishing toy guns or objecting to boys’ play. That just confuses them. As the father of a peaceful, loving seventeen-year-old boy who has owned plastic guns, water guns, light swords and even a paintball gun, I can offer personal experience that this kind of gun play doesn’t lead to later aggression. I bet your husband played with toy guns when he was growing up and I bet he’s not a violent gun-slinging man.

← Getting to the heart of senior boy’s reluctance to “launch”
Nostalgia for high school: rosy memories or thorns? →