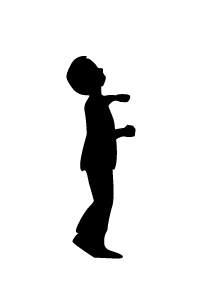 Time-outs just seem to make matters worse for my four-year-old son. He can be misbehaving in some ordinary way, but when I order the time out he really blows up — crying and screaming and throwing things. His behavior going into the time-out is almost always worse than the misbehavior that got him the time-out in the first place. What’s going on?

Time outs are a time-honored parental response to a child’s misbehaving ways. I have recommended them and have used them with my own children. But they do not work with all children, nor do they work for children of all ages. Your son may be too young for a time-out. It may panic him to be away from you when you are angry with him. The fact that his misbehavior escalates after you announce the time-out suggests to me that he is experiencing some separation anxiety from you. The idea of being in his room alone may be more than he can bear at the age of four. How big is your house? How far away is his room? Does he panic when you give him other kinds of punishments?

Mastering anger is a very big issue for four- and five-year-old boys. They often greet our authority with confrontation, puffing their chests or shouting in an effort to bowl us over. Their ferocious behavior often successfully hides the fact that they are scared. Boys experience the same need for attachment and nurturance that girls do at the same age. A time-out can be scary for a boy if he believes he is being abandoned or that you have withdrawn your love. I have known boys who have been deeply frightened to be sent to their rooms; it feels like exile to them.

Sometimes we get fooled by boy bravado and we give them punishments that are terrifying for them, but they cannot tell us how scared they are because they want to act tough. I think that’s what is happening with your son. I recommend you keep him with you and put him to work. In the kitchen, have him mopping floors, scrubbing something. Wherever you need to be, give him some safe, hard work to do. Stay at his side and let this community service activity you require of him absorb some of his wild energy. Boys of all ages respond to punishments that require them to do something. It calms them down. Doing something for his mother, a reparative act, mobilizes a boy’s desire to please in a way that exile or detention does not. Perhaps I’m only writing this because I wish that instead of spending hours in detention in school, as I did, I had been asked to dig post holes or wash kitchen floors. Making amends and honest labor bring out the best in a boy.

← Young “Man of the House” needs clarification, not demotion
What to expect when you’re expecting-a boy! →