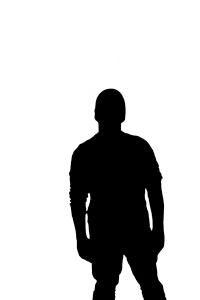 Our 8-year-old son, Sandy, is an athletic, fun-loving boy. Our worries used to be limited to his dare-devil skateboarding and his struggle with reading in his second-grade class. We were upset to discover recently that he has been doing a bit of stealing (nothing major, but still it’s stealing.) He stole a Pokemon card from one boy, stole a $5 bill from us, stole some change from a friend, and another time jimmied a vending machine and hit the jackpot. (We made him take it back.) Of course, he has lied about it every time. Each time, we’ve talked with him and explained that it’s wrong and it will cost him friends. He seems to understand, but then he does it again. We’ve taken away all sorts of privileges, but obviously that isn’t working. We know we need to change our strategy.

My husband thinks Sandy has a sense of entitlement because we give him too much. But we don’t give him allowance, and I’m wondering if he’s stealing because he doesn’t have enough autonomy or access to money. We have given him money for special chores, but to be honest, we haven’t really been great about letting him spend his money the way he wants. We hate to see him waste it on junk.

Could a change in friends and sports have something to do with the stealing? Sandy’s friends all began to play football at recess this year, and even though he’s athletic, he’s doesn’t want to play, so his once large group of friends has shrunk. He’s pretty much only got one friend now, and it’s a boy from a rather wealthy family that’s kind of messed up. Our home life has not changed except that in an effort to expand Sandy’s peer group and make him successful in something that he does well, we signed him up for hockey. He enjoys it, but it is a bit much-every week for 5 hours.

Sandy used to be a very honest person. I still think that he is basically honest, but with these instances of stealing and then lying about it, I’m not always convinced he is telling the truth anymore.

Why would he do this and what can we do about it?

Before I address the particulars of Sandy’s, situation, and the reasons why he might be stealing and lying right now, let me say that all children lie sometimes, particularly when they are confronted by their parents with wrong-doing. It is also the case that a majority of children cheat in certain situations and most experiment with taking things that don’t belong to them. (Didn’t you or your husband ever steal something as a child?) Children lie and steal for six main reasons:

Even if lying and stealing are normal childhood behaviors, you are right to be a bit concerned about your son because he is under some internal pressure right now. His behavior has changed and your punishments haven’t stopped his behavior. So, what’s going on? Has he suddenly become an entitled boy? Is this evidence of his being spoiled? I don’t believe so, but what you tell me about his school situation tell me that he is feeling sad, envious and angry inside. Sad, because he has lost his friends at school; confused because he has also lost some status in school; envious because he thinks his only friend has so much more than he does, and angry, because he doesn’t know how to feel good about himself again and his parents won’t let him use his own money to restore his good feelings about himself.

I don’t believe that he just "doesn’t want to play" football at recess. My guess is that he gets frightened during the games or worries that he is not good enough, or that something has happened in the group of boys in second grade. Perhaps a powerful boy has emerged in the group and he doesn’t like Sandy. Perhaps he has pushed Sandy out of the group. That is not something Sandy would tell you voluntarily, because he likely feels ashamed about what happened (if it happened as I imagine).

Sandy is now down to only one friend, and my guess is that that boy boasts about his money and possessions to make himself feel better; unfortunately, his boasting is making Sandy feel worse; it is making him wish he had more stuff. Unfortunately, he has no way to get it because his mom and dad, for reasons of principle, won’t let him use his own money to buy things he really values. Collecting cards such Pokemon or baseball cards has been a traditional way of eight-year-old boys building their self-esteem for as long as I can remember. It helps them build memory and negotiating skills.

My suggestions are to check with his teacher about what has happened with the boys’ group in second grade, start arranging (or at least supporting) one-on-one play dates with some of his former friends-and, perhaps, with their parents as well. Finally, you should allow him to use some of his money to buy cards and candy. After all, we all like the freedom to use our money the way we see fit. What’s the point of having money if we can’t ever spend a bit of it on indulgences?

← What to expect when you’re expecting-a boy!
Teacher’s warnings have us worried about our active 3-year-old son →